Disclaimer: I am not a researcher, by trade.  I am not an expert. I am not a male basher (promise). I simply saw a concern and addressed it with the resources available. Critics, do your job, and I will investigate what sparks curiosity. Do More. Do Better. Write now (I like puns). 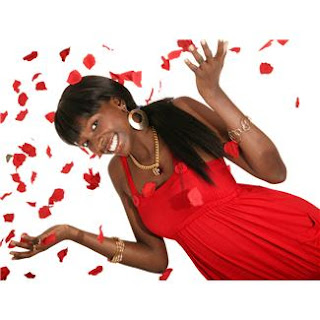 "Being Mary Jane," a BET original movie starring Gabrielle Union, chronicles the life of a single, black woman in her quest to be in a fruitful relationship while exploring her own sexuality, digging deeper into the "WHYs" of the 42% black population of women who have never been married and discovering the "HOWs" of those same women to be able to get the love they deserves.

Realities of successful, beautiful, strong women are exposed. The dangers of not asking enough questions of the "jump off" reveal skeletons that make you want to toss and possibly burn your bed sheets. Mary Jane also stops, in the midst of her excitement, to rekindle a past relationship. She quickly recognizes when a "booty call" is just a "booty call" and accepts, without attachment, the call of duty for her booty. She balances her relationship journey with an excelling career in media while being the primary breadwinner and only full-time working body in her family that steadily grows.

"Being Mary Jane" is hot, funny, real, and allows viewers to enter the mind of women who face similar experiences.


Mara Brock Akil, the creator of the show, did not hold back any of Mary Jane's realities from the use of her personal massager to an alternative use of what appeared to be turkey baster. Viewers get to see the reactions of Mary Jane once she finds out the truth to a lie that could destroy lives. Some social media viewers argue that Mary Jane's fictional realities are nothing more than an angry black woman's tale while painting black men in a negative light. Everyone is entitled to their opinion. As an educator, I felt I would raise my poker hand to the critics to see if there is truth to their opinions or inspire them to consider new lenses in which they can view the show with real data from real women.


Originally, I created a survey for this article thinking only 100 women would respond. The response was so overwhelming that I had to pay for the survey subscription to include the additional voices. Over 200 African American woman (94%) and women who classified themselves as Afro-Caribbean, West Indian, black and white, or Japanese, German, Afro-Trinidadian responded to the call to have their voices heard. The data will continue to be gathered as I keep the survey open. So I'm going to let the people speak until the people get tired or my upgraded account is exhausted (limit of 1000 responders). Their voices matter. My results, for the purpose of this article will include the first sample of women, both single or otherwise noted, but include some of the written responses from the entire sample.


1. Out of 200 women, ages 18 and up, 53.5% were single. This does not include the 9% who are engaged, separated, widowed, or divorced. Of those who are single, 27% said they are not dating at all. The women who did not fit into the multiple choices provided indicated that they are dating without sex, or single but open to dating.
2. Out of 200 women who watched the movie Being Mary Jane 30.9% said their dating situation does not mirror Mary Jane Paul's reality. Hold your seat, critics. A whopping 68.66% said their dating situations either mirror or are somewhat similar to Mary Jane's. Truth is better than fiction.


3. Out of 200 women, 23.88% found out their partner was married, 16.92% reported that their partner lied about his identity, 3.98% said their partner married them for money, and 69.5% found out their love interest was cheating. There is a group of women who said none of the choices applied to them but were able to share their experiences. This is where we need to stick a pin in the results for just a moment.


The relationship hiccups ranged from men being emotionally unavailable to men occupying two residences---one known and another secret location where the man lived with another woman. Some of the women disclosed that they were engaged only to find out they were either not the only fiance or the guy said, "I'm not interested in being intimate with you anymore." One responder candidly wrote, "[I] need more than 100 characters" to respond to the question about relationship nightmares.


Let's continue. In my travels, I've heard black men say that they date outside the race because black women don't "give it up." Well, the survey says otherwise. Only 18.41% of the women  surveyed are not having sex either because they are virgins (yes, you saw that correctly), celibate with no further explanation, or waiting until they get married. I included married women in the survey and they too are having sex, with or without their spouse (void of adultery of course---that was noted in the option). There is a sample of the women who simply noted that they do the best they can. They account for 23.38% of the survey responders.


There are a few scenes in Being Mary Jane that give you a clue that Mary Jane often uses her Handy MANdy (that's what we'll call it). There was one scene, in particular, where the viewers are introduced to Mary Jane's Handy MANdy, Jr. It was compact enough to fit in her purse and was ever ready just before meeting up with a former lover turned future prospect. As taboo as this may have seemed for some, the numbers do not lie. Women own "assistive" technology for intimacy.


4. There are 30.85% of the 200 women who say they do not own a Handy MANdy. That's a pretty significant number. As my former supervisor says, "Watch this..." 39% say they do own a Handy MANdy with some using it every chance they get and others utilize their MANdy every once in a while. While I'm not advocating fornication, gentlemen, there is room for you. Of the married women who responded, 15.42% said their husbands are their Handy MANdies (good job, husbands). There is, however, another sample of married women who still note that with or without their spouse, the plumbing is fixed, again, void of adultery (13.93%).


Now that we have all the numbers for the real Mary Jane Pauls out of the way, the question still remains, "Why are so many black women single?" Survey says! Black women don't cook anymore. EEhh eeehh! Wrong answer. Sara Simmons is a personal chef. Try again. Black women are too career driven. Eehh eeehh! Wrong answer. Karin Coger is an attorney who wrote a cookbook called Paleo Diet Breakfast Recipes. Not only does she work and cook, but also wants her family to be healthy. So what is it?


The opening of Being Mary Jane included a statistic that says 42% of black women have never been married. Where in the world did this percentage originate? The Yale Center for Research on Inequalities conducted the study (circa 2009). According to Yale News, the center's numbers was from U.S. Census data based on a survey of 50,000 households, monthly, for more than 50 years. The 42% statistic was not explicitly mentioned in the article. The search continues for more details.

What did keep coming up in my search was a 2009 ABC Nightline report with correspondent Linsey Davis. Davis attempted to get answers on the subject of black women and marriage. Why don't successful black women marry? Many of the responses from those interviewed in Davis's report were not different from the Real Mary Janes in my survey. The following list is not exclusive, it is just a sample from the results I collected:

1. Black women are more career driven and put marriage on the back burner.
2. Black women are not willing to settle for anything less than love, respect, honesty, and fidelity, and commitment.
3. Black women aren't coveted or respected.
4. Black women don't demand marriage.
5. The selection pool of available and eligible men is slim due to a variety of reasons.


Chato Waters, 32 at the time of Davis's interview, said if a man is dating four quality women at the same time and keeps them in rotation, there is no sense of urgency to settle down.

While the report shed some light on this hot topic, I wanted to go deeper. I still wanted to get to the bottom of this 42% of black women who have never been married business. The infinite Internet turned up very few articles that mention the details of the 42% study beyond what was shared on  the Yale News site or Nightline. Jenee Desmond-Harris did, however, share in her article Myth-Busting the Black Marriage Crisis on www.theroot.com, that the 42% Yale University study is refuted by the research conducted by Ivory A. Toldson of Howard University and  Bryant Marks of Morehouse College.

This article aims at letting critics know all black women are not angry, Mary Jane's realities are real, and encouraging those who desire to be married that this 42% study needs further investigation.  In an effort to do more and do better right now, I'm not taking numbers at face value without a more critical eye. That said, I want to close on a very positive note. I asked the ladies to share words of encouragement to single men who might take a chance on reading these results. Many were heartwarming words of love. One, in particular, pulled on my heart strings:


"Just like the good women seem to be invisible, I know that you good men are too. Keep trusting God that He will lead you to your missing rib. She will show up soon. I am believing with you for your happiness as well for mine."


Until next time, thanks to all the ladies who participated in the survey. Your input has been invaluable. 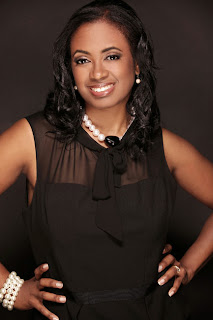 Yolonda D. Coleman is the author of Sugar Rush: Love's Liberation and the bestselling book Sugar Rush: Love's Elevation (www.coffeedreamz.com/ecard). She is a respected educator in Washington, D.C. and leads a charge for people to minimize their salt intake with her Hold The Salt campaign www.holdthesaltcampaign.blogspot.com. Coleman lives in Maryland with her husband where they operate a media business together. To read more about Coleman visit www.yolondacoleman.com